If aliens are 1480 light years away, their employees are very happy

Home » If aliens are 1480 light years away, their employees are very happy 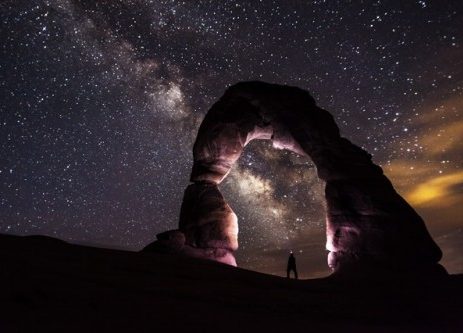 In case you have not heard, there is a star behaving oddly in a nearby chunk of our milky way.

Let’s call it an “odd star,” since it’s known by twelve people as KIC 8462852, and may or may not be a “god star,” or one with highly intelligent life around it.

The intelligent life debate and details of the situation are well covered by the Royal Astronomical Society, or reviewed by Time Magazine, and are not the focus in this post.

The focus here, and what I can tell you, is that if there is an advanced civilization orbiting around a star in the constellation Cygnus, 94% or more of their voluntary workforce is engaged.

Have we surveyed the collective workforce of that indistinguishable planet?

So how can I be so sure?

An advanced society would be a highly collaborative operation. Leveraging the collective effort of synchronized behavior achieves spectacular results. We are wired to work together. Even “simple” earthly creatures mastered this. Ever seen ants take down a mouse?

A single spider’s web may be beautiful. But watching just about anything that bees do is exhausting. They constantly produce a high-quality unperishable consumer good, in days, without any mileage reimbursement.

It takes a hive to achieve that. Intelligent life likes friends.

Like the Burj Khalifa, currently the world’s tallest structure, people worked together to leave you equally daunted, and impressed.

Engaged collaboration of a group, aimed toward a common goal, is a proven recipe for results. Mankind wandered before our tribes formed villages. Over time, village alliances provided security, stability, and prosperity. However, humans are not completely there yet. Burj Khalifa construction labor practices were criticized for mistreating workers. We, we reluctantly admit, are not an advanced civilization. Though we are learning. With the wisdom of crowds ascending, a civilization that evolves to fully harness the power of its resources, sentient and natural, would do so far more effectively by working together.

Now picture the current United States congress. Not working together looks like that.

In most creatures, there are disagreements, even fighting. There’s no reason to believe advanced beings would not disagree. What is most likely is that when they do agree, the outcomes are profound. Energy investment has high returns, because the beings would coordinate the synchronistic behaviors to most efficiently do so.

We know that engaged employees deliver 32 to 48% higher output. Or make 32 to 48% fewer mistakes, or make more sales calls, or produce tastier artisanal cheeses. People vested in the outcome will outlay the discretionary productivity between what they could do, and what they are capable of doing. The difference is their potential. Our planet has a “potential gap” quite wide, since between 30 to 70% of the current workforce is disengaged. A disengaged worker does not want to do the work they are doing.

Fast forward to Earth 100 years from now, and that number will seem unfathomable. Like the number of people who had a phone 100 years ago. It’s not conducive to unleashing human potential.

We are beginning to close the engagement gap, behavioral science, organizational psychology, and talent pulse software merges. Being informed, we can take action sooner, to almost real-time, to address breakdowns in employee life-cycle. In some years, sentiment analysis will be passive-interpretative technology, like wearable fitness monitors are today. And each of us will know the days we excel, or push ourselves to the edge, and so will someone else. Because accountability may suck at times, but it makes us better. We will still have the choice to sit on the couch and binge watch television shows, but we won’t as much. The experience of achieving our potential is too interesting to ignore for long.

Achieving our potential is desired by both sides. You want to do awesome, and I want you to be awesome. Everybody wins. When everyone wins, choices change, behavioral shifts occur. Sometimes in inches, sometimes in chaos. But we get there, and the alternative becomes quaint, or barbaric. It is inevitable that humans will like our jobs. Not because we have to, but because we want to so much. The gaping inefficiency of today’s situation is too expensive, and in too few people’s interest to sustain. So a planet, with satellites circling that provide instantaneous access to all known answers to all known questions, will have a race of beings that will know what job they want, and that’s what they’ll do, until they don’t want to (which is the 6% invariably in transition, no system is perfect).

So while this is all speculation since the “odd star” debates continue, consider where your organization is today. How collaborative are your managers with staff? What is the gap in leadership potential? How far are you in the inevitability curve toward everyone in the right seats, on the right bus, in the right direction?

If you think we’re wrong about all of this, you can be the first to prove it. Just do this: If we do find E.T., or Chewbacca, or little green men: Allow us to survey them.