How Google Makes Their Employee Surveys Fun (and how you can too). 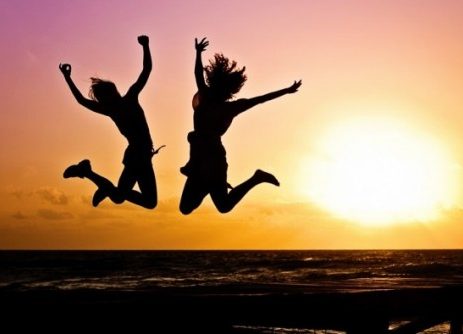 Surveys give workers a say in what happens to them, often they are viewed as burdensome homework assignments from HR. Google has found a way to transform their internal employee surveys from a mundane task into something that motivates employees, increase self-awareness, and inspires positive action. Their method can be utilized by companies around the globe – here is how.

Big Data and Artificial Intelligence play a key part in Google’s “gDNA” initiative, the organization’s self-study of employee work-life balance.1 HR provides feedback to each Googler who takes the (non-anonymous) survey, depicting how they scored as individuals and versus Google as a whole. More importantly, they provide links and knowledge resources describing the best way to take action. This is how Google made its survey fun; they empowered their workforce by providing them with tools that inspired them to create more positive outcomes for themselves inside and outside of the office rather than merely telling them to do so.

To quote Prasad Setty, VP of People Analytics & Compensation, “Thousands of Googlers have come back to us and said, ‘This is what I’ve done because of gDNA. I look forward to the survey, it is fun, it is engaging, it helps me with time for introspection.’ ” 2

Here is a specific example of how the survey changed the game for one Googler:

“I was informed my ‘grit level’ was low. In response, I took some steps to train more diligently – not necessarily harder, just more consistently – in my athletic pursuits. This summer, with the benefit of that work, I was in a boat which won a gold medal at the regatta.”3

You can see how Google’s has humanized their process, reaching people on a deeply personal level. This survey experience has been empowering, inspired self-reflection on a deeper level, and motivated employees to take action.

How can I increase survey participation for my company?

In 2001 Retensa Employee Retention Strategies began experimenting with a very different approach to employee surveys. We shifted away from long surveys about everything, to short surveys on just a topic or two. The results were profound. With job moves happening so fast, this approach helped capture and address issues in real-time. It also allowed us to make small changes quickly. The one or two year cycle of the traditional employee survey is dead. Retensa finds that the most effective surveys are easy to understand and avoid corporate buzzwords like “synergies”, asking specific questions that can be used as feedback for an action plan.

How often do we run employee surveys?

With shorter surveys, we can ask questions more often. Retensa recommends taking the pulse of the organization as frequently as monthly, no less than quarterly. Whatever the topic, run the survey for one or two weeks and always get the survey length under 10 minutes, around 5 minutes is ideal.

Actively following up, as did Google, to inform employees of the results of these surveys made a big difference in participation rates on the next survey. This engenders trust by showing workers that you are honest, fact-driven, competent, and impartial – all the things employees wish HR people would be. Most of all, it shows that you are sincerely interested in improving their work experience and their voices won’t go unheard.

What do your employees say about your company surveys? Please let us know by posting to the comments below, or sending a message to requests@retensa.com.

Did you like this post? We have many more that may interest you. Let’s keep in touch.